Chef Anthony Strong, Delfina, Pizzeria Delfina, & Locanda
“The smell of tomatoes every year just makes this wave of emotion come over me... There's this incredible stinging smell... so harsh, so hot and summery and kind of brash — you can smell that on a case of tomatoes that are unwashed and warm from the sun. Every year I'm taken right back...”

I met Strong on a hot and sunny afternoon in front of the original Delfina and annexed Pizzeria Delfina location. I knew I was meeting the Executive Chef of San Francisco's heavyweight Italian restaurant group, so I was pleasantly surprised when an excited, young, punk rock gentleman wearing a dozen tattoos and a slouched beanie half-ran over to greet me: ”Hi! Are you Rebecca? I'm Anthony.“

Craig Stoll and Annie Stoll were early pioneers in the Mission's now well-defined food scene. Delfina opened in 1999, long before juiceries and fine clothing shops would appear on Valencia Street. Over the years, it might be easy for a long-running, successful restaurant to become arrogant and forget its origins, but the Stolls and Strong have maintained a truly approachable ambiance to all of their locations, with kitchens that constantly impress even the harshest food critics. Strong, who was lovingly mentored by the Stolls for the past decade, makes it clear that the neighboring community is an important part of their success.

After Strong and I shake hands, he walks me across the street to the Delfina Group's offices, where we are to record the interview. His energy bounces him around the rooms of the office and I look up to see him rolling on the floor with a black Labrador puppy (the puppy, a regrettably temporary visitor, was being looked after by one of Delfina's event managers for friends who were on vacation). Both seem equally excited to have discovered each other. “I want to grow up so I can get a dog,” he says.

It's no wonder, then, that Strong lights up when talking about teaching local school children how to cook and run a restaurant. The Pizzeria proudly displays the children's artwork from the last batch of tiny, future restaurateurs getting an early start on their training.

Listen to the episode and discover how Strong carries this energy to the food at Delfina's six restaurants and to his current role as Executive Chef. 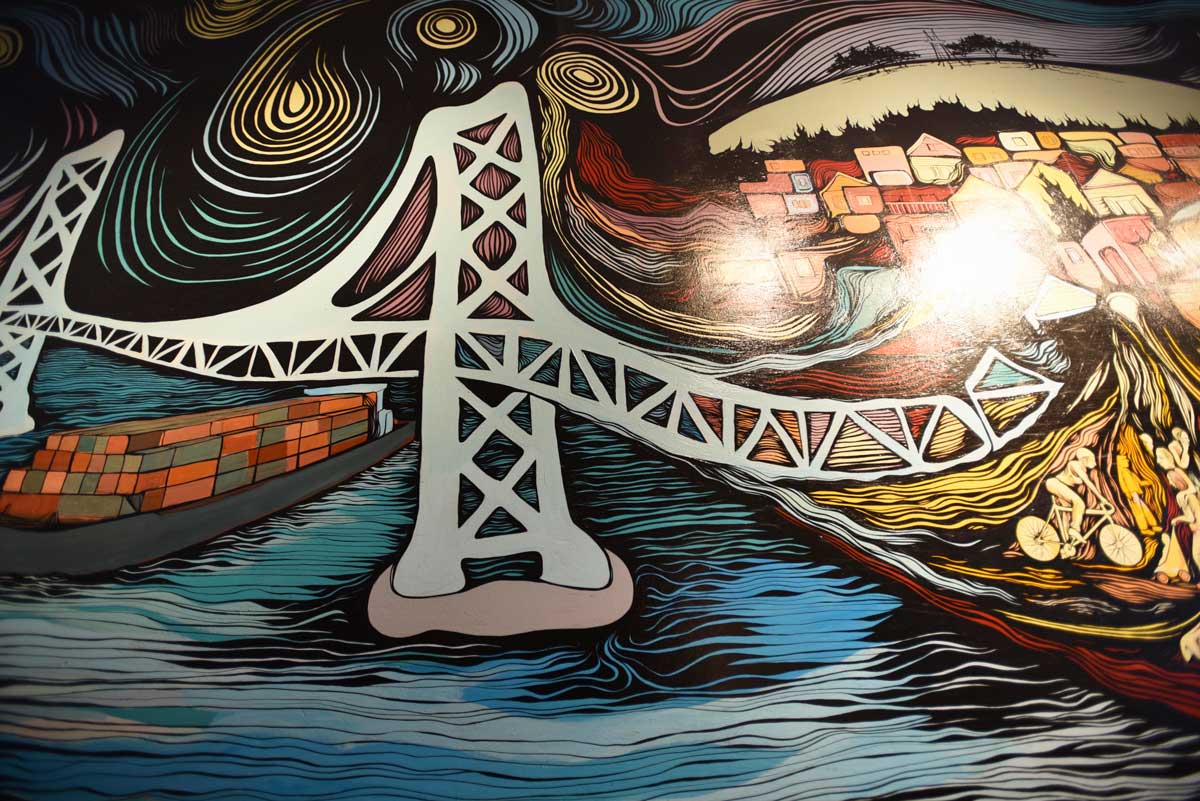 Disclaimer: Chef Anthony Strong was kind enough to send me home with a pizza after our interview. I never expect to get food or drink because of Menu Stories and never change the way I share a featured guest's story based on complimentary meals. Still, thanks for the pizza!